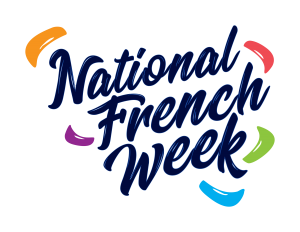 The need to play is part of human nature. Moreover, games are an excellent way both to learn and to relax. Sport, games, and traditions were chosen as a theme for National French Week because they are aspects of culture that young people in American can easily relate to. Sport is an international commodity. Soccer fans are aware that Les Bleus won the World Cup in 1998 and 2018. Almost everyone is at least vaguely aware that France is host each year to Le Tour de France, the world’s most famous cycling event. If students have listened to the announcements at the Olympic Games, they may have noticed that they are made in both French and the language of the host nation. Discussing the sports, games, and traditions that the French value permits students to see similarities between the two nations. National French Week allows teachers the opportunity to build on people’s natural inclination for play and celebration. Taking activities outside the classroom will provide opportunities for French students and teachers to show that French is fun. Below are ways in which teachers and students can highlight sport, games, and traditions during National French Week and involve the larger community.

Below you will find descriptions of sports activities that can be organized during National French Week.

Decorate two small bicycles or large tricycles of equal size. Students choose a partner and a French or Francophone “sponsor” and create tee-shirts with the sponsor’s name as well as other apparel, such as biking shorts, hats, and sunglasses. Students should prepare French cheers. Obtain signed permission slips for each student prior to Race Day.

The race course can be set on a school track, parking lot, or other large space. Contact local press and the school newspaper for coverage the day of the race, and take pictures to submit to those publications. Arrange awards for winners, such as Tour de France tee-shirts, a maillot jaune for the winning team, and ribbons or medals for runners up.

Prepare a clipboard, pen, and select a recorder to write down winners of each heat. Use a whistle and megaphone, if possible, for starting the heats.

When Race Day arrives, two teams race in each heat; one team member rides the first leg of the race and passes the bicycle off to the partner at the half-way point. The losing team in each heat is eliminated. Teams not racing are responsible for cheering in French! When only winning teams are left, winners race against winners until only one team remains. Stage an award ceremony and photo session.

World events such as the Olympics and World Cup of Soccer provide opportunities to publicize what is happening in the French classroom. Using these world events to get every department, team, teacher, administrator, and support professional involved with French students. In addition, the presence and support of parents, community members, local businesses, nearby foreign government personnel, and local university students and staff can enhance the event.

To prepare for the Coupe du Monde, eight foreign language teachers discussed the different committees needed and how to get the entire school and Chicago-area community involved. Each teacher took charge of one committee: research information and its distribution, game involvement, school showcases and decorations, contests, prizes, community involvement, field preparation, publicity, and evaluation. Then the fun began!

Students were assigned a Francophone country which participated in the most recent Coupe du Monde. Each group researched the World Cup to learn about its history and cultural significance and researched their particular country. When the World Cup was held in a French-speaking country, each team was also given two of the venues to research. All of this information was reported to the class by the teams using a variety of media.

Each team then learned about the historical importance of la Coupe du Monde, the place of France in the history of the World Cup, pictures and stories of past and present soccer names such as Michel Platini, Just Fontaine, Christian Karembeu, Aimé Jacquet, Zinedine Zidane, Didier Deschamps, Antoine Griezmann, Les Verts and Les Bleus. Through a local AATF chapter workshop, current French publications, and contacts with soccer players at our high school and on the Chicago professional teams we got help with our activities. The French Attaché culturel adjoint was invited to be our Master of Ceremonies and to lead our Parade of Nations on opening day.

Nearly every student in school was wearing a homemade World Cup tee-shirt on opening day of our World Cup Week. One student drew the mascot which was used as the model for our design contests. Each team colored its mascot in the colors of the country it represented, and a mascot held that country’s flag. Teams made a banner and a flag to carry in our Parade of Nations. Banners and posters and the 32 country flags were displayed all around the school. Cheers and chants in the languages were created: “Un, deux, trois, va! va! va! Un, deux, trois, rah! rah! rah!” Newspapers were contacted, TV stations were alerted, invitations were sent to all parents, administrators in the district, and to Francophone businesses in our community. The school band was invited to lead our parade while playing “La Marseillaise.” Other schools were invited to participate or to be spectators.

When la Coupe du Monde Week arrived, school spirit was very high. A World Cup Knowledge Bowl was held for any student or adult to enter. Announcements were made daily in one of the foreign languages. Students proudly wore team/country shirts, colors, hats, carried mascots, posters, banners, and flags. We paraded through the school, then gathered outdoors in front of the French Attaché culturel adjoint who officially opened our games. After three days of games, team France had won the majority. Little did we know in 1998 that Barrington Middle School would pressage world events!

Students experience a facet of traditional French-African culture (Some women wear long skirts because they must cover their ankles at all times; people routinely carry items on their heads).

Each student racing needs approximately three yards of fabric and items to balance on the student’s head, such as baskets with real or artificial fruit and vegetables or books.

Rules for wrapping the fabric need to be stated because there is a tendency to simply carry the cloth and not really wear it. Students wrap the fabric tightly around them to make a skirt, tying the two ends at the waist. They put baskets or books on their head and race the pre-determined course. This can also be done as a relay race. The student who reaches the finish line first with basket or book still on the head, or the team which completes the race first is the winner. Use your imagination for prizes! Students enjoy eating the fruit in the baskets.

*Pagne (literally, “loincloth”) is the term used to refer to the long wrapped skirts worn by African women. Unmarried women sometimes wear two or three skirts to give good coverage of the ankles.

Each student racing in a heat needs a tray, plastic soda bottle, and two cups. A nearby water source is needed. Arrange prizes for winners and runners up and have a whistle, megaphone, and a “recorder” for race day. Finally, set the race course.

Students choose a partner and wear aprons, berets, or chef hats on Race Day. Waiters each get a tray with two empty cups and a full “wine” bottle. They carry the tray with one hand and pass off to teammate at a half-way point. Winners are those who return to the finish line first with their cups and full bottle intact (put a small weight in the bottom of plastic cups so they do not blow away). Run as many heats as necessary to determine a winning team. At the end, have a photo session and send pictures to school newspaper or other local publications.

Achi is an African cousin of tic-tac-toe. Yote is checkers with a big twist. There is also a string puzzle, etc. These are games which could be shared by older students with younger students. Why not sponsor a “Games Morning” at the local public library?

The Egyptians, Greeks, and Romans played boules, and the game was adopted by the Gauls. This practice was interrupted by Barbaric invasions in the third century A.D., but it was reintroduced with the Crusades. The Renaissance era represents the golden age of bowl games of all kinds, and physicians stressed their physical benefits. Bowl games really became organized at the end of the eighteenth century. The Fédéation Lyonnaise et Régionale was founded in 1906, followed in 1933 by the Fédéation Nationale des Boules which became the Fédéation Française in 1942. In conjunction with this development, Mediterraneans were practicing the Jeu provençal which was similar but whose rules were simplified. It is this Provençal game that later gave birth to the game of pétanque which was codified in 1927 and led to the foundation of the Fédéation Française de Pétanque et de Jeu Provençal (FFPJP) which currently has a membership of 500,000 spread over 7600 clubs in France. This is the fourth largest sports federation in France. The term pétanque comes from the Provençal pés tanqués which means pieds joints. Indeed, this game is especially popular in Provence where people play on the town square or in front of cafés during their free time. Since 1959 international pétanque championships have included the participation of countries on every continent, including the province of Québec and Canada. France has won more than 30 times. Playing pétanque presents many advantages from an educational point of view. It develops motor skills, sensory perception, and social skills. It also increases attention span, memory, and concentration.

The ball itself used to be made of iron-studded box wood until 1927 when the first steel boule was created in Saint-Bonnet-le-Château (near Montbrison) which now hosts the Musée International Pétanque et Boules. Balls used in competition must be between 70 and 80 mm in diameter and weigh between 650 and 800 grams. In addition to steel boules, players need a smaller ball (2.5 to 3.5 cm in diameter) called a cochonnet. In the U.S., there are 20 local clubs in Boston, California, Illinois, Indiana, Florida, Michigan, Missouri, New York, Oregon, and Washington, DC. Pétanque enthusiasts may access the Web site of Pétanque USA at http://www.usapetanque.org which offers a wealth of information such as a short history of the game, the rules, names and addresses of local clubs affiliated with the Federation of Pétanque USA, U.S. tournaments, suppliers of pétanque equipment in the U.S., and even an interactive quiz on the game. Large department stores in France sell affordable pétanque sets.

Here is a summary of the rules:

Throwing the boules is done with concentration. The players squat down slowly, holding the boule down at the side with palm and fingers facing ahead. Players may either point (pointer) to drop the boule as close as possible to the cochonnet, or shoot (tirer) to knock the boule of an opponent away from the cochonnet.

Activities to organize with students at all levels:

For students at all levels, teachers can prepare handouts in French accompanied with questions to be completed in French. They can also prepare activities to be used with the Web sites, such as multiple-choice items and open-ended questions on the history, the rules of the game, and geographical locations for international championships.